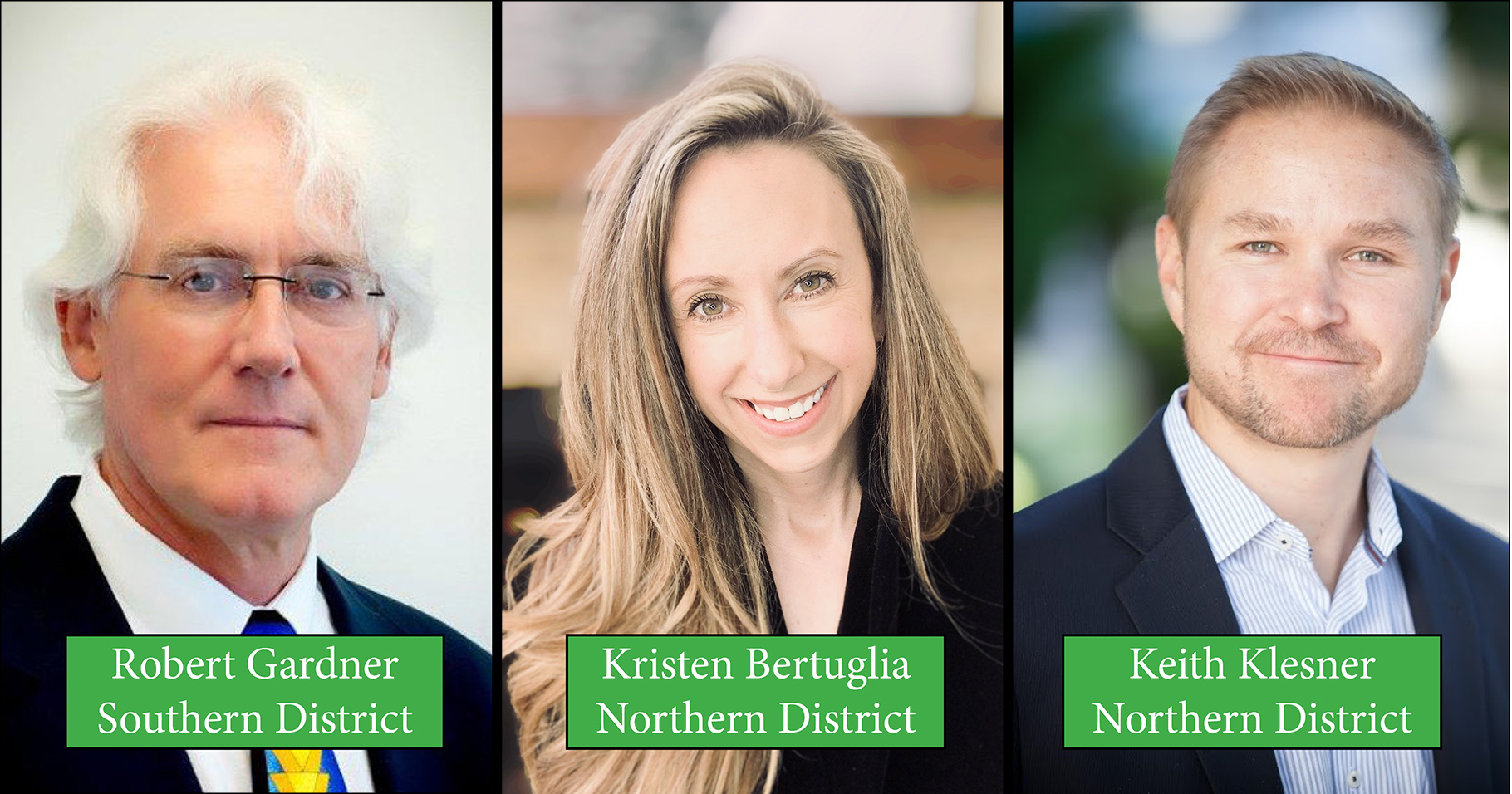 This will be Ms. Bertuglia’s fourth term serving on the HCE Board of Directors. She is the Town of Vail’s Environmental Sustainability Director and is also currently serving at the Colorado Communities for Climate Action Chair.

Mr. Klesner will be joining the Board for the first time. He is a Principal Program Manager with Microsoft and will be bringing 20+ years of planning reliable and efficient infrastructure for federal and corporate clients as well as leading green building design and construction and integrate renewable power on dozens of projects.

In the Southern District, three candidates were nominated:  Brian Davies, Robert Gardner, and Brian Rose. Incumbent Robert Gardner has been re-elected with 44% of the vote.

Mr. Gardner has served on the HCE Board of Directors since 2012. Prior to that he worked for HCE for over 30 years in operations, administrative and executive management positions, retiring in 2005.

“This year’s election was filled with many highly qualified candidates and we thank all of them for their interest in serving on HCE’s Board of Directors.” said Dave Munk, HCE Board Chair. “We also congratulate Ms. Bertuglia, Mr. Klesner and Mr. Gardner on their election.”

HCE Directors have the responsibility of setting the strategic direction for the cooperative. Directors are required to represent the membership on a fair and impartial basis for the best interest of all members. They make decisions that will benefit today’s membership while also planning to meet the current and future needs of the communities HCE serves.

Holy Cross Energy is pleased to announce its 2021/2022 Board of Directors: