Operations crews and contractors embarked on a major maintenance project in Glenwood Canyon. In total, crews replaced 17 poles and performed pole top maintenance on an additional 13.

“After the mudslides in the Canyon, we took advantage of the road closure to perform the work, although the canyon opened much more quickly than anticipated,” said Manager of Glenwood Line Operations James Ray. 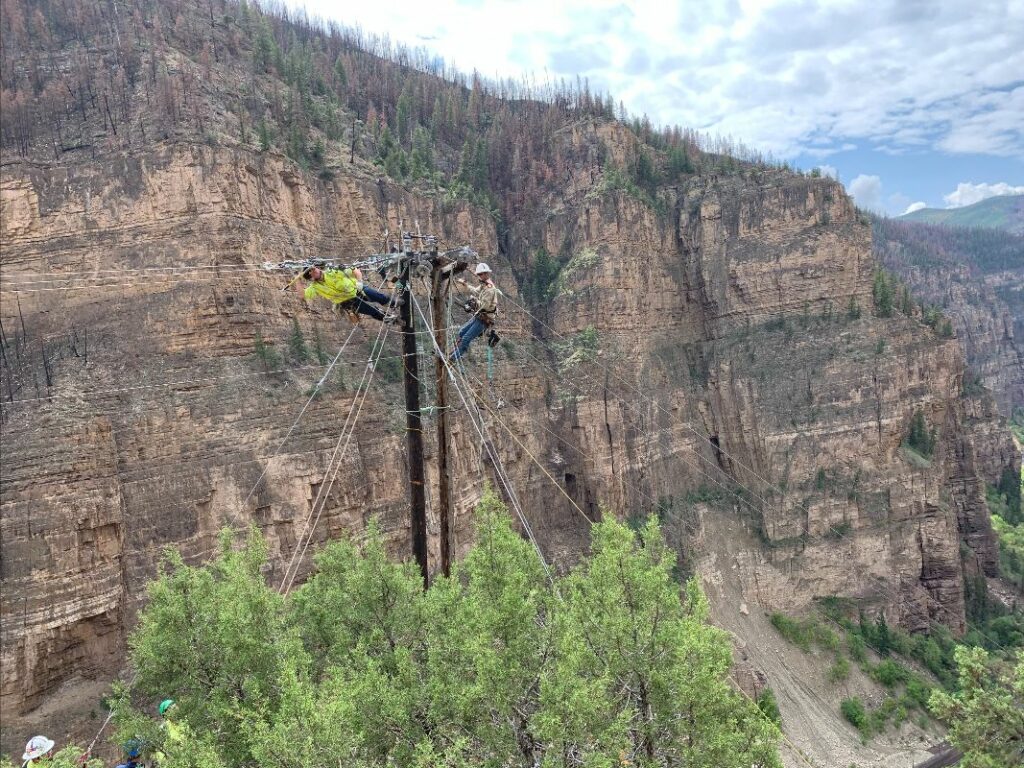 Replacing a power line pole in the canyon is no easy feat. The poles had to be lifted by helicopter and flown in from Gypsum, frequently with a lineman attached to the rope due to the inaccessibility of the terrain.

“We flew every person and multiple pieces of equipment on a long line to the site,” explained Ray. “The guys were hanging 100 feet below the choppers, two men at a time. We also had two contract crews along with two of ours.”

The poles to be replaced were identified as part of a pilot project using drones to inspect a portion of our overhead power lines. The drones assisted our line crews in identifying any potential issues that could result in a fire or other outage-causing event.