We’re walking our talk on solar 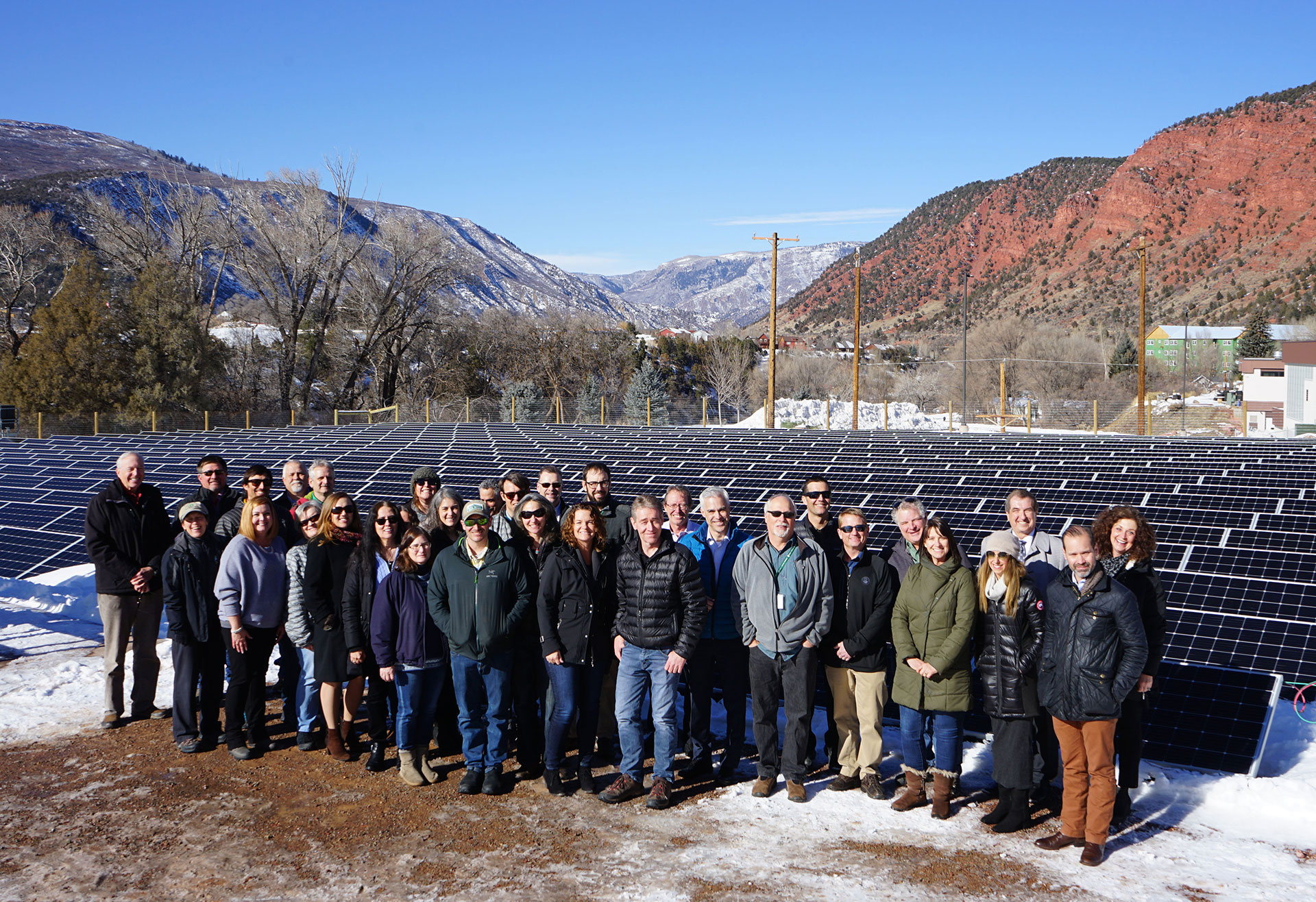 Two new solar arrays at the Holy Cross Energy (HCE) headquarters in Glenwood Springs are helping the electric co-op offset the energy use and carbon emissions associated with its office operations. Together, the solar arrays offset about 44% of current electricity consumption on HCE’s Glenwood Springs campus.

“The new solar arrays are us walking the talk when it comes to renewable energy,” said Lisa Reed, Power Supply Supervisor at HCE. “We felt this was a necessary step in our progression towards a clean energy future.”

Since announcing the seventy70thirty campaign in 2018, HCE has set aggressive goals for its power supply, aiming to use clean and renewable resources to supply at least 70% of the power provided to members and reducing greenhouse gas emissions associated with its power supply by 70% from 2014 levels, all by 2030.

One of the solar arrays, located in the field directly south of HCE’s campus, is unique in that the 554 solar panels are not permanently affixed to the ground. The unique solar panel racking system, made by Powerfield, can be disassembled and redeployed in a different location using the same parts and materials.

Volunteer HCE employees and community members built the unusual array similar to a collective “barn raising.” The volunteer team was able to assemble the ground-mounted installation in just under two days.  Because of its unusual design, the Powerfield array can be put together with no major construction, specialized tools or training. A video produced by Powerfield of the barn raising can be found at holycross.com/powerfield-solar-array.

The Powerfield project was funded in part from a grant from the Community Office for Resource Efficiency (CORE), a Roaring Fork Valley nonprofit dedicated to energy efficiency. The Randy Udall Energy Pioneer Grant is among CORE’s most competitive, provided to innovative energy efficiency projects.

“It’s certainly nice knowing that we have the ability to move the Powerfield array if necessary,” said Reed. “It allows us to maintain the future flexibility of that land use. Ultimately this could also be a good test case and showcase for future arrays in the valley with similar land concerns or other unique situations such as ski resort snowmaking operations, construction sites and agricultural needs.”

The second solar array installed is a traditional rooftop design and can be seen prominently from Highway 82. The 268 panels operate at a higher wattage than previous panels, making them more efficient overall. Carbondale-based solar designer and installer Sunsense was chosen for the installation.

To celebrate the completion of the first two campus solar arrays, HCE hosted a ribbon-cutting ceremony on the afternoon of January 15.  A third solar array, to be completed later in 2020, will allow HCE to offset more than 75% of its annual electric usage in Glenwood Springs.